What can you do when clients describe an unrealistic desired scenario? 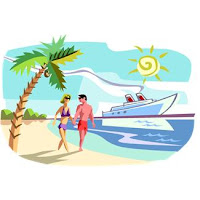 Pooja asked me the following question: "I wanted suggestions on following: I sometimes get stuck when the client gives a desirable scenario but says it is an impossible scenario".

Some suggestions:
It is not uncommon that clients start off saying things that are not so realistic or helpful and then, with your help, gradually start talking in more constructive and realistic ways. In fact, this is a common pattern. Usually, several things help. By going slowly and following the client's perspective all the time, clients are encouraged to explore their views and wishes further. When someone says something unrealistic like: "I'd like to win the lottery", there are several ways of responding which all may work well. One is: "Sure, you'd like that, who wouldn't?", and smile. Often clients will then proceed to more realistic scenarios. Another one is: "Imagine that would indeed happen, what would then be possible for you? What could you then do?" This one often works well too. With the desired situation it helps to keep asking until the client starts describing positive behavior of him or herself in the future. When clients themselves say of their scenario: "But that is impossible" you may just wait and/or encourage them to talk on. The most likely thing is they will proceed to describe something that is more realistic. Or you may invite them in that direction, for instance by asking: "What might be a more realistic scenario?"

These are not even your only options. You may, for example, also make your desired situation question a bit smaller by asking something like: "How will notice that you are starting to move in the right direction?", or "What will be a first small sign of improvement?" This type of question often works well with clients who feel stuck. It is often relatively easy, even for these clients, to give some specific answers to such questions and it is actually hard to give answers which describe grand, idealistic and unrealistic scenarios.
Author: Coert Visser