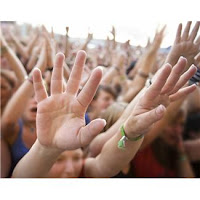 
SF overlaps with many other approaches
While the solution-focused approach is not mainstream and still relatively unknown it is not entirely unique. For instance, an important inspiration for the solution-focused approach can be found in the work of Milton Erickson, who was also a main inspiration for an approach called NLP. While I am not very familiar with NLP, many people have explained to me that it overlaps with SF in several ways. Another example is appreciative inquiry. This approach evolved roughly in the same period as SF and is similar in several ways, too. Like SF, it was, among other things, inspired by social constructionism. A final example is positive psychology which also shares several principles with SF. Positive psychology developed, perhaps, a bit later that the other approaches and some think it may have been partly inspired by these approaches. But certainly positive psychology was also based on developments within psychology as can be seen from certain precursors within psychology, like the work of Mihaly Csikszentmihalyi on Flow.

Reasons for overlap
I think there are two reasons why approaches like SF are not completely unique. One reason is that good ideas often emerge and evolve at different place at roughly the same time. Often, the time seems right for certain ways of thinking. Another reason is that as approaches evolve, they tend to influence each other. I am sure that pioneers of each of the approach I mentioned here to some extend knew about the work of the others. Steve de Shazer, for example, read and recommended the work of some NLP pioneers. Another example is motivational interviewing which emerged from medical practice and which in the way it evolved is partly influenced by SF.

Everything evolves; and so does the solution-focused approach
Any set of ideas and principles which remains vital, from religions to political ideologies to change approaches, evolves all the time. The same is the case with the solution-focused approach. Each time solution-focused practitioners apply solution-focused principles and techniques there will be some deliberate and accidental variations which will lead to new discoveries and adaptations. Each time eclectic practitioners experiment with combination of aspects of different approaches they may discover new things that work. In addition to this, environments will continue to change and will place ever evolving demands on us which will shape change approaches in unexpected ways.

It seems wiser to embrace this evolutionary view than to try to protect the solution-focused approach from outside influences or to conserve the way it has once been defined.
Author: Coert Visser