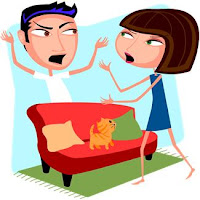 Something gone wrong can still become useful. That something turns out different than expected and intended does not mean it cannot become useful. When we make a decision which turns out to be a wrong decision this can turn into a useful learning experience. For instance, when we make a wrong career decision this may help us to become more aware of what we look for in a job. Another example is a solution-focused conversation done badly. Even when you, as a solution-focused practitioner, have not done such a good job in a technical sense (for instance you forgot to ask certain things, or you asked questions in a confusing way, or you forgot to lead from behind), the conversation may still be useful for you and for the client. Clients have very important role in constructing the usefulness of the conversation. Even if some things you did may not have been helpful, other things may have been helpful. And things the client has said and thought may have been useful. So, no matter how badly you think you may have done, don't hesitate to ask the usefulness question and don't be surprised if the client answers that the conversation has indeed been useful. And thinking about the conversation, you, as a professional, may learn from it, too.

That something was useful does not prove it was necessary. Sometimes when people have experienced a painful situation from which they have recovered and learned, they draw the conclusion that apparently this was a necessary experience. This logic is flawed and risky, however. That something eventually turned out right does not prove in any way that this good outcome could not have been achieved in a less painful way. Take the example of Chris who had had a ferocious fight with a colleague. After the fight they made up and became better friends than before. Chris concluded that 'apparently' this fight was necessary for them to become better friends. But this is not true. The fact that this one path led to better friendship does not mean it would have been the only path. Chris learned from this experience that creating a fight was a good way trying to improve relationships he was not satisfied with. When he tried this strategy with a relative, however, it let to an escalation of the conflict and family relationships remained strained for many years. We must be careful with our logic. That negative experiences can usually be put to use does not mean we always need to create negative experiences before we can expect improvement.