Underestimating the Prevalence of Others’ Negative Emotions 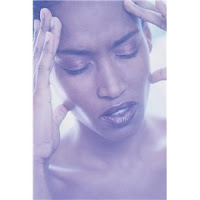 In the post Losing the surplus problem, I said that people who feel bad sometimes have a surplus problem. Their primary problem is that they feel bad, their secondary problem, the surplus problem, is that they feel bad about feeling bad. They view the fact that they feel bad as a problem. This may be because they feel that their feeling bad makes them abnormal. In that post I argued that it is not uncommon for people to think that other people don't have as many problems as they have. "One reason for this may be that from the outside ‘inner stresses’ are usually rather hard to perceive. When people experience problems they will, in general, put on a happy or brave face when showing themselves in public. We generally don't wear our heart on our sleeves. From a distance people usually look rather calm and controlled. This may falsely create the impression that we have problems while other people don't. And it may explain why we are susceptible for professionals who try to convince us that experiencing difficulties must mean we need (their) professional help."
Having negative emotions is normal. Other people experience it too although that is sometimes hard to see. A new study confirms that people tend to underestimate the prevalence of others' negative emotions.

Problems and tensions are an inevitable part of life and feeling bad from time to time is more normal than you might think. How we look upon problems and feeling bad is important. If we view problems as normal or even as functional and good, this may help us to live active and fulfilling lives. Solving problems may give meaning to our lives, help us grow and feel proud, competent and related to other people. If we, or our clients, feel sad or afraid about feeling bad, normalizing seems like a good thing to do. More about that is this post:  Losing the surplus problem
Author: Coert Visser