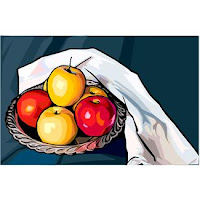 I have just finished reading Philip Zimbardo's book The Lucifer Effect, How Good People Turn Evil. Zimbardo is the social psychologist who ran the famous Stanford Prison Experiment in 1971, which was 'a classic demonstration of the power of social situations to distort personal identities and long cherished values and morality as students internalized situated identities in their roles as prisoners and guards'. The book's website, The Lucifer Effect, gives, among other things, an overview of the book's content, and contains sections about heroism, resisting influence, and dehumanization.

We underestimate the power of situations and systems over our behavior
A central theme in the book is how situational and systemic forces have an important influence on our behavior. As I've mentioned several times on this website, we tend to overestimate the importance of personal, dispositional qualities on our behavior and underestimate the importance of situational determinants of behavior. Zimbardo distinguishes three main types of behavioral determinants: the person, the situation and the system which he defines as follows: "The Person is an actor on the stage of life whose behavioral freedom is informed by his or her makeup-genetic, biological, physical, and psychological. The Situation is the behavioral context that has the power, through its reward and normative functions, to give meaning and identity to the actor's role and status. The System consists of the agents and agencies whose ideology, values, and power create situations and dictate the roles and expectations for approved behaviors or actors within its spheres of influence."

Bad baskets can spoil good apples
When people do bad things we tend to explain their behavior in dispositional terms; we search for the explanation of their bad behaviors inside those people and downplay situational and systemic influences on their behavior. Our dominant logic is: people who do evil things must therefore be evil people. But experiments like the Stanford Prison experiment, Milgram's experiment on obedience to authority figures, the Asch conformity experiments, and many other experiments in social psychology have shown that under certain circumstances people can be made to do things which go against their values and views. To put it metaphorically: a bad basket can spoil any good apple. Zimbardo goes so far to say: "Any deed that any human has ever committed, however horrible, is possible for any of us,-under the right or wrong situational circumstances." Situational and systemic power is most salient in two circumstances:
How we can be made to disengage from our morality?
As Zimbardo explains op pages 310 and 311, Anyone of us might disengage morally from evil deeds when four conditions are met:
History shows that these conditions are usually created by builders of dictatorships and instigators of mass murder (like was the case in Nazi Germany and with the Rwandan Genocide of 1994). Further some tactics of persuasion may be used like:
Our challenge
We are certainly not defenseless against negative influences situations and systems may have. What is required is an awareness of their potential power over our behavior and an awareness of the ways in which situations and systems may disengage us from our morality. Then, we have the option of stepping back and resisting (here are some strategies for that). Systems and situations are to a large extent socially created and they can be socially changed too. Our challenge is to build good baskets, to shape situational forces and build systems that promote pro-social behaviors and thriving.
Author: Coert Visser