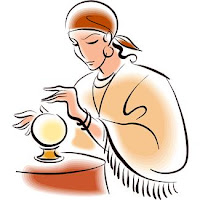 As I have written about several times before, the solution-focused approach helps to build a bridge between success in the past and success in the future. I have proposed that when a client defines a desirable future he or she does so by tapping from positive memories. After all, how can we desire for something we have no knowledge of and experience with? In my post Positive memories are building blocks of desirable future scenarios, I cite research which supports this presupposition.

Now there is new research which also shows how perspectives on the future and past are interrelated in our brains. The research shows that when we ask people to describe a future they base this description at least partly on memories of the past, which supports the claim that positive memories are building blocks of the desired future. The article also shows that people may confuse future scenarios and memories of the past. Respondents occasionally rated events which they had first described as future events in a follow up study as events that had already happened in the past. Here is an abstract of the article.

The Role of Past in the Simulation of Autobiographical Future Episodes
by Nadia Gamboz, Maria A. Brandimonte, &amp; Stefania De Vito

Human beings’ ability to envisage the future has been recently assumed to rely on the reconstructive nature of episodic memory (Schacter &amp; Addis, 2007). In the present research, young adults mentally reexperienced and preexperienced temporally close and distant autobiographical episodes, and rated their phenomenal characteristics as well as their novelty. Additionally, they performed a delayed recognition task including remember-know judgments on new, old-remember, and old-imagine words. Results showed that past and future temporally close episodes included more phenomenal details than distant episodes, in line with earlier studies. However, future events were occasionally rated as already occurred in the past. Furthermore, in the recognition task, participants falsely attributed old-imagine words to remembered episodes. While partially in line with previous results, these findings call for a more subtle analysis in order to discriminate representations of past episodes from true future events simulations.

This is something which reminds me of the solution-focused coaching process. When we ask clients to as vividly possible events in their desired future, and really help them focus on what they concretely do in that scenario, it often feels to them as if, or almost as if, they have already done the behavior. The fact that they (almost) feel like they have already done the future activity, raises their feeling of competence. And in a sense, it is fair of them to feel they have already done the future behavior because, remember, descriptions of future scenarios are built by using memories as building blocks. The interesting thing is, by eliciting vivid examples of positive behavior these behaviors may start to feel like past successes, memories of things already done well. After having invited them to describe their behavior in the desired future we can ask something like: "Are there things in that description of what you would like to do, that you can already can start doing?" Based on my experience it is extremely likely that the answer will be 'yes'.
Author: Coert Visser