Wisdom is keeping a balance between knowing and doubting 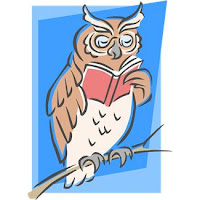 Weick quotes J. Meacham (1990) who wrote: "The essence of wisdom ... lies not in what is known but rather in the manner in which that knowledge is held and in how that knowledge is put to use. To be wise is not to know particular facts but to know without excessive confidence or excessive cautiousness. To both accumulate knowledge while remaining suspicious of it, and recognizing that much remains unknown, is to be wise."

Weick builds on this view on wisdom and describes wisdom as keeping a balance between knowing and doubting. The balance can be disturbed in two ways: 1) overconfidence in one's own knowledge can keep one from asking new questions, paying attention things unknown, new and uncertain which can diminish one's capacity to adapt and thereby threaten one's vitality. 2) Too much doubt can lead to inertion, indecision and passivity.
Author: Coert Visser