Building healthy and productive habits - how do you reach maximum automaticity? 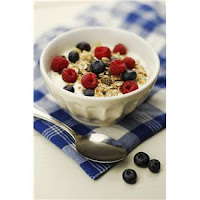 Research Digest Blog has an interesting post on How to form a habit which describes research by Phillippa Lally and colleagues. Habits can be defined as those behaviors that have become automatic, triggered by a cue in the environment rather than by conscious will. Building healthy and productive habits is, of course, very useful but little systematic research into habit building has been done. Lally's research in which she asked participants to adopt a new health-related behavior suggests some interesting things: