6 critical reflections on the importance of doing what works 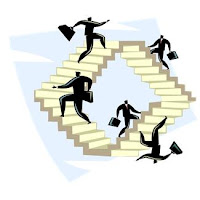 I am generally a fan of the principle doing what works (the title of my first book was even Doen wat werkt, which means -you guessed right-  doing what works). But because I believe in the value of critically examining and challenging your own views and practices I'd like to reflect critically on the importance of doing what works and to think about some objections, complications and limitations. Here are six:


1. Sometimes at first something seems to be working well but after some time it turns out it doesn't: You do something and at first the consequences of your behavior seem to be positive but only after some time you discover that there are negative consequences too. This is not merely a theoretical example. Carol Dweck has shown that giving trait praise to children ("well done, you're very smart") at first seems to work well (proud smile) but after some time turns out to have negative consequences (avoiding challenges, giving up easily, not believing in the value of effort, ignoring useful negative feedback, feeling threatened by the success of others, read all about that here, and here).

2. In some cases doing what works is difficult because things may 'work' extremely slowly: there are many examples of people who became extremely successful in what they did but only reached their success after many years of trying and after extremely many failures or after being turned down very many times. How does this relate to doing what works? How easy would it have been to interpret being turned down 100 times in a row as 'this apparently does not work, so I must try something else?'

3. An overreliance on doing what works may lead you to forget about maintenance: if 'If it ain't broken, don't fix it' is your favorite interpretation of doing what works, be careful. It might lead you to be too neglectant of maintenance activities. If you never check the tires of your car and wait until they explode you may be a going a bit too far in your pragmatism.

4. An overreliance on doing what works may lead you to forget about investment: If you rely very strongly on pragmatism, you may also forget to invest in your future which at some point you may begin to regret. If you never do any exercise because your body still seems to be working, you may build up some serious health problems. Investing in your future (for instance by exercising, by studying, by introducing a new product, by building up a financial buffer for hard times, etc.) may not give you an immediate sense that it works. There is no instant effect. Rather it may take a very long time before you suddenly feel like it has all been worth it.

5. The complexity of situations may make it very hard to single out was has been working: For instance, if you have done presentation which went well you may conclude that what you did has worked. But if you focus more closely on what you did you may find it hard to determine which of the aspects of your approach contributed to what extent to the effectiveness of your presentation. Did the presentation work because you used neat slides? Did it work that you wore a nice blue suit with a tie? Did the fact that you started off with a question contribute to the effectiveness? Or was your presentation perhaps effective despite all of these things and was it mainly the clear message and structure of your presentation that made it work? How do you determine how you answer these questions?

6. How do you know what level of 'working' you should be satisfied with? Imagine someone who has always been performing a certain task following the steps A-B-C-D-E. His experience has been that doing this task was always rather difficult at first but in the end things went okay and the result was always acceptable. Therefore, he kept on working like this. Then, after 10 years, he accidentally applied his steps in the wrong order and even left one step out: A-C-E-B. To his great surprise, the process went much easier than normally and the result was much better. After repeating this several times, it became clear that this approach indeed worked easier and better. For 10 years he thought he had been doing what works. But now that he had found a way to work much better he regretted that he had never tried to 'fix' his previous approach because it did not seem broken. Compared to his newfound approach it actually did seem broken after all.
Author: Coert Visser