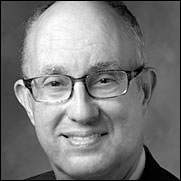 In this post I have said that I think, independent variables in positive psychology are usually too narrowly chosen by over-emphasizing strengths and virtues as possible causal factors of flourishing and focusing too little on contextual, situational, or structural factors. I said it would be good to put more focus on other determinants of thriving than strengths and happiness, in particular situational determinants.

In this post I quote Claude Steele who, in his book Whistling Vivaldi, stresses the same point by saying: "I am a psychologist with a psychologist's bias - that of looking inside people for the causes of their behavior and achievements. [...] Psychologists focus on the internal, the psychological. [...] We emphasize things about the actor - characteristics, traits, and so on - that seem like plausible explanations for her behavior. And we deemphasize, as causes of her behavior, the things we can't see very well, namely, the circumstance to which she is adapting".