How desirable is progress? 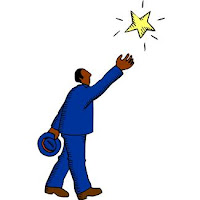 Many posts on this blog take the idea that progress is desirable for granted (for example this one, this one, and this one). In fact, I view SF essentially as an approach to help clients to make progress in the direction of their own choice. I view progress as crucial for finding meaning and gratification in life. You could say I'm a fan. But there is another and less attractive site to progress as well which may be interesting to reflect upon. Here are four less attractive sites to progress.

1. Inherent aversiveness of progress: although progress has a beautiful and rewarding site to it, you might also argue it also has an inherent aversive site to it. For instance, imagine you are a doctor who has the opportunity to improve his diagnostic skills. On the one hand this seems attractive because this offers a greater sense of competence. On the other hand it can be threatening because this new insights might confront you with a greater awareness of the fact that your previous diagnostic skills were not so good. You may even become aware of some serious flaws in your previous diagnoses which may have endangered your patients. This mechanism may apply to may circumstances. For example, if you fundamentally change your outlook on some important topic - religion, politics, etc - this may feel like progress and as something good in the sense that it is more realistic or constructive. But at the same time, it may be aversive because it may make you wonder how you could ever be so stupid or wrong not to have understood what you now understand.

2. Social disapproval: when one makes progress in some area one's social surrounding may be ambivalent about this progress or even downright disapprove of it. There may be some truth to the saying 'the nail that sticks out gets hammered down'. Psychologists and behavioral economists have found out that each of us wants to feel good about ourselves and one way of determining how well we are doing is by social comparison. When we are confronted with someone who is obviously better than we are in some respect this is a threat to how good we feel about ourselves. We may use several strategies to set the score straight with the other person. One is to dispute the fact that the other person is actually better. Another strategy is to say that the other person may be better in this respect but worse in another respect. For example: "John may be a successful entrepreneur but he has no normal social life."

3. Ambiguity of progress: we may agree about the desirability of progress but we may disagree about whether progress is actually happening. Whether progress is actually happening is to a large extent a matter of interpretation. For example contrast to books about progress A Short History of Progress by Ronald Wright and The Rational Optimist by Matt Ridley. The latter book is an ode to the progress human beings have created throughout history, the first book is actually a cynical view on what humanity has created and argues that what we think of as progress is not actually progress because it endangers our planet's existence. This shows that our frame of reference importantly determines what we consider progress. But even with a largely shared frame of reference, it can be hard to determine whether progress is being made. In the post Visualizing progress: expect fluctuation and watch the trendline it is explained how the process of progress never follows a straight line but always fluctuates. As the post explains, this creates some interpretations problems.

4. Fear of failing to make progress: even if we value the idea of progress we may not be focused on achieving it. Through experiments, psychologists have found out we often self-handicap ourselves. Self-handicapping means that we ourselves create an obstacle on our path to achievement. Why on earth we would do this? Mainly because we fear what failing would do to the way we ourselves and others would view us. For example, if we want to be viewed as intelligent, the idea of failing at test may be very threatening. In this case we may self-handicap by not preparing for the test and instead going to a party and drink lots of beer. We may fail the test but can blame it on the bad preparation so that our idea of being intelligent is not threatened.

Despite all of this, I remain a fan and maintain that progress is an important key to finding meaning and gratification in life. But what we may learn from reflections like these is that progress is more than just a matter of doing your best. In addition to making an effort in order to make progress we seem to need some additional views and skills. First, we need to acknowledge and be able to deal with the inevitable fact that making progress brings along with it an awareness that we were worse and may have made serious mistakes before we made the progress. Second, we must be aware that our progress can be threatening to others and we have to be able to deal with attempts of others trying to hammers us down. Third, it would be good if we'd improve our skill of recognizing progress. And fourth, we must develop a growth mindset which would it less threatening for us to fail (more about that here).
Author: Coert Visser