How can we challenge people's beliefs in such a way that their need for autonomy, competence and relatedness are respected? 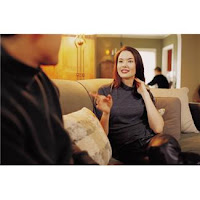 On facebook, some friends (thanks Kirsten, Todd, and Arezoe) and I reflected on the importance of truth. Iris Murdoch once said: "The great task in life is to find reality" and I like that quote. "Is it true?" often seems to me to be an underappreciated question. Attention for what is true is an important aspect of rationality. But there is more to rationality. As Keith Stanovich explains (here) rationality concerns two critical things: What is true and what to do. Epistemic rationality is about what is true and instrumental rationality is about what to do. I think that sometimes these things may compete with each other.

At the risk of simplyfying too much, instrumental rationality seems to be about doing what works and epistemic rationality is concerned with truth and refers to seeing reality for what it is. It seems to be a pitfall to overlook any of these two rationalities. Only focusing on what is true but forgetting to do what works may lead to your neglecting to do things that help you to survive and remain connected to other people (A). Only focusing on doing what works but neglecting the 'what is true' question may lead to you moving efficiently through a web of falsity distancing you more and more from reality (B).

Anyway, what we discussed on facebook, among other things, is that there is a difference between asking yourself the question "Is it true?" and asking it to someone else. This may be why Socrates was perceived by many as arrogant when he asked them questions to help them examine their own beliefs and the validity of these beliefs. It is usually hard for people to first make a claim and then having to admit that claim was unsubstantiated. It feels not only like being hanged but even like being hanged while having to do the hanging yourself. So, it may often be wise to ask yourself  'is it true?" but when and how do you challenge a belief of someone else?

It may be very pragmatic and respectful to not question what someone proposes but there may be a point at not challenging becomes unwise. Obama once wrote: "The blood of slaves reminds us that our pragmatism can sometimes be moral cowardice."  Also, it may even reflect an attitude of superiority to not challenge something you believe to be untrue. Is the other person not worthy (or too stupid) of hearing what you really think about the issue? One way of looking at this is asking youself how important the issue is. If the issue is not really important, it may be wisest to not challenge the other person's belief. if the issue is important, the choice would be to take a stance.

A useful perspective on 'leaving alone' versus challenging may be the following. Instead of provocatively challenging the other person ("Oh yeah? Prove it!"), we may also be frank about our own position without trying to convince them ("my view on this is ..."). This way, 1) you're honest, 2) you take the other person seriously, 3) respect his or her autonomy.

This discussion brings me to the following question: "How can we challenge people's beliefs in such a way that their need for autonomy, competence and relatedness are respected?"
Author: Coert Visser