Subtly transforming the negative into positive 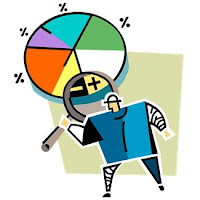 The previous post mentioned Bob Sutton's assertion that the best bosses belief that 'it is more important to eliminate the negative than to accentuate the positive'. At first, this assertion may surprising to people interested in 'positive  change approaches' like the solution-focused approach, positive psychology, appreciative inquiry, etc. Is there a contradiction between the tenets of these approaches and this assertion? Does this indicate that there is a divide in the way professionals think about how to manage and how to change with one side favoring a focus on the negative and the other side in favor of accentuating the positive? Let's explore this.

Sutton's point as I understand it
First let me try to explain how I understand Sutton's assertion. On his blog he cites an article by Baumeister et al. called 'Bad is stronger than good, which explains that people are a lot more sensitive to negative information and experiences than to positive ones (thanks, Amanda Horne, for mentioning this). Also, he refers to positive-negative ratio research which has identified a 'magic' 5:1 ratio which means that negative experiences outweigh positive ones 5 times. Each negative experience (for instance in marriages) would have to be matched by at least 5 positive ones to stay satisfied. Sutton's clever conclusion is that it is far more efficient to focus on eliminating the negative ones than to focus on the increasing the positive ones. Eliminating one negative experience sounds like less work than adding 5 positive ones, doesn't it?
My own reading of recent psychology research literature results in some support for the importance of focusing on the negative. For instance Research by Anders Ericsson and his colleagues has shown that top experts have become excellent by applying deliberate practice which, among other things, means that during practice there is a constant focus on eliminating mistakes and errors so that gradually the skill becomes better and better. Also, Carol Dweck's research shows evidence for the importance of focusing on errors and paying an effort to get rid of these mistakes.
Some real life examples may make it even more clear how powerful the negative be. A small leak in your boat may keep you from reaching the shore and will force you to attend to it (thanks, Robert Biswas Diener, for this metaphor). .A cancer cell might eventually cause the death of a whole organism (thanks, Paul Wong, for this example).

How does this relate to 'positive change approaches'?
To what extent is all of the above at odds with approaches like the solution-focused approach and positive psychology? Maybe less than it seems at first sight. A solution-focused perspective might help to get a more nuanced view on the subject. The seven steps approach may be a good (admittedly simplified) way to explain how, in solution-focused change both the negative and the positive play crucial roles. Step 1 is clarifying the desire for change. In this step, in most cases, a crucial role is played by the negative. In many cases people desire for change when they are not satisfied with their current situation. There is something hindering them and bothering them which is the reason they want things to be different. People's sensitivity for the negative, in other words, helps them to identify topics for change. Right then, however, the interplay between negative and positive starts. When the client has made clear what he wants to be different, step 2 starts, which is about defining the desired state in positive and very concrete terms. Then, step 3, would be to define what is already there, what has already been achieved. Again, this is the power of the positive. When you see that some things are already working, your hope and ideas for further progress grow. Then, step 4, is about earlier successes, situations in which the desired situation was already a bit present, in other words, when things were already a bit better. This, again, is an example of focusing on the positive.
In solution-focused change, the negative often plays a central role in 'topic choice': what is it we would like to be different. Right after the topic has been clarified, however, a focus on the positive kicks in and plays a powerful role.
I'll try to explain the crucial difference between a 'simple' strategy of eliminating the negative with the solution-focused approach as I have come to define it and use it.

Example: two different approaches to solving a team conflict
1. Trying to identify the cause
Many years ago, long before I knew about the solution-focused approach, I was asked to help a management team solve a conflict they had. Before meeting the whole team, I met with each of them separately. During these conversations I asked them what they thought was the reason for (and the cause) of the conflict. The conversations weren't too pleasant and the members did not seem to friendly and cooperative. Also they seemed eager to justify everything they themselves and done and to place the blame for the current situation on other people. One person did appear to be something of a rotten apple, although another team member also could be viewed as one. At the same time, though, the boss was blamed too because he did not prevent this conflict and had not managed the apparent rotten apples very effectively. It was very hard for me to see what 'the' cause actually was. It seemed like the whole team was the cause. Looking back on the sessions that followed with the team I can't say I think my facilitation was a great success. People remained rather defensive throughout.

2. A solution-focused approach
More recently, a similar type of question came my way and I approach it very differently. I started right away with a team session in which I first thanked them for asking me to facilitate the session for them. Then I said I had understood they wanted certain things to be different and expected the sessions to help with that. They agreed. Then I said: "It is my experience that teams, when they change things, they sometimes change too much by not only changing what is not working but also some things that were actually working okay. That is such pity. Would it therefore be okay to, before we focus on what has to change, look at things that don't have to change because they are already going well enough?" Although some of the people seemed slightly surprised they started mentioning things. I really probed so that I could understand well what was already working. After, we had discussed a list of perhaps 10 things I invited them to discuss with each what they would like to be different. Already, the atmosphere had improved and they started mentioning things. I, again, probed until they were able to describe in positive and concrete terms how things would have to become. During this part of the process, whenever a complaint or an attacked was expressed, I responded calmly and kept asking until they were able to express their point into more positive terms. At that point I would invite others to share their thoughts on that point, which generally lead to agreements. A next step in the process was to look for some small examples of situations in which the desired situation was already present. They found some which contributed to a further improvement of the atmosphere. I did 3 sessions with this team. When I met one of the managers, recently, he said: "The process was so inspiring. It is a world of difference now. What I now want is to have the rest of our organization to experience this, too."

Conclusion
So were we eliminating the negative here? Not quite, I think. It depends on what you mean by 'eliminating'. The negative played a crucial role because it triggered the whole process. But after that, we did not fight we negative, we did not search for causes or rotten apples. Instead, we subtly transformed the negative into positive. In the solution-focused approach it is as if the negative is not attacked head on but somehow evaporates while you're busy focusing on what you want to achieve.
Author: Coert Visser