How can crime rates be brought down? → Priorities in law enforcement

Crime is an underestimated problem 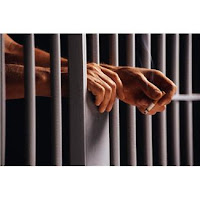 High crime rates are a serious problem in many countries including many highly developed countries. Crime actually is a badly underestimated problem which does much damage, primarily to disadvantaged groups. Of course, there is the direct damage to victims like loss of property, suffering, disability, fear, etc. But there are other, more hidden costs of crime, too. An important category is the costs of avoiding victimization. This does not only consist of things like buying locks for doors, alarm systems, and hiring security. The most important form of crime avoidance is shaping one's behavior in order to avoid victimization risk, which may consist of moving to a safer and more expensive neighborhood, increased length of commutes leading to crowded highways and so on. Another cost is that crime is itself criminogenic, in other words crime leads to crime. Having been confronted with crime increases your likelihood of becoming criminal.

How can crime rates be brought down? Should we make punishments more severe? Should we increase apprehension rates? Should we punish people quicker? Should we do all of these?

Simply making sentences longer does not work
An intuitively appealing solution to solve the problem of high crime rates is to use a brute force, high severity approach: punish them harder! Its logic is: if a punishment is strong enough, for instance if sentence is long enough, this will prevent potential offenders from committing the crime. But, however appealing this logic sounds, this severe punishment approach, does not work in reality. A dominant approach of law enforcement is to spread resources more or less equally among all potential criminal offenders. But crime is much less equally distributed than enforcement and prosecution resources.

Therefore, if you commit a crime where crime is common you are less likely to get caught, prosecuted and sentenced severely than in a more law abiding neighborhood. This causes punishment in many cases to become quite uncertain and delayed. The chances of getting caught and convicted are, in practice, rather small. Thus, in this dominant approach, for a criminal, there is a small chance of getting a severe but delayed punishment. Criminals turn out to be not so sensitive to this. They don't scare off by sentences which are not only severe but also delayed and uncertain and are easily tempted and quite willing to take the small risk of getting caught in order to get short term gains. Over the last decades, in the US, sentences have become much longer while, at the same time, crime rates have multiplied. Simply making sentences longer does not work. What does?

What works: increase spending and develop a targeted approach
Mark Kleiman, author of When Brute Force Fails, says that, instead of making sentences longer, we should increase spending on law enforcement, and develop a targeted approach (as apposed to an approach of spending resources equally over all potential offenders). The aim of doing this is to increase the odds of apprehension and the quickness of the punishment. This targeted approach comes down to making a priority list which shows which gangs, and which neighborhoods get the highest priority and where most resources are focused on.

Practically, how it works is as follows. Imagine the highest priority on the list is to defeat gang A in city A. The focused approach is to communicate clearly to that gang that they are highest on the priority list. Then many resources, partly temporarily borrowed from other cities are focused on gang A until it is defeated. Because gang A is now practically powerless, only few resources are needed to keep it down. Next, law enforcement focuses on priority number two on the list until that threat has been removed to. In the case gang A should suddenly reemerge, law enforcement will immediately refocus its resources on that gang until it again has been defeated. While this process of focused deterrence evolves, a tipping point will happen and crime rates will have gone down substantially.
Author: Coert Visser