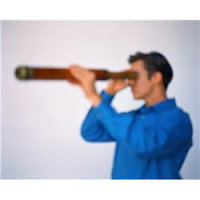 In solution-focused change we take a direct route toward the desired situation and we avoid detours. One counter-intuitive example of this principle is that people, when they have been involved in problems, are generally not asked to admit they have been wrong. This appears to be counter-intuitive. Often, we tend to first want to confront people with what they have done wrong. Our 'intuitive logic' is usually that only once they will see what they have done wrong and will have taken responsibility for this wrong-doing they will be able and ready to start doing something about it. And although this sounds logical, it is doubtful whether it works.

When people notice that they are expected to admit they behaved badly or mean, they will often start to defend themselves and to justify their behavior. Also, they may start pointing fingers at other people who, in their eyes have done wrong things, or they made point to circumstances which justified what they did. When people are confronted they may feel threatened and not appreciated. When this happens it is usually rather hard for them to open up and to start exploring ways to find solutions. This is why, in solution-focused change, we generally don't bring people in a position in which they have to say negative things about themselves.

In solution-focused change we focus people's attention on the desired situation rather than holding them responsible for problems. An example is the support group approach, a solution focused strategy for resolving complaints of bullying, particularly in primary schools. In this approach, children are not confronted with their 'bullying' behavior and are not required to admit they behaved badly. Instead, they are invited and encouraged to perform desired, positive behaviors. Other examples are the solution-focused treatment of domestic violence offenders as described by Lee, Sebold, and Uken and the so-called signs of safety approach.

Do you get the idea? Let's try. Imagine you are a manager in department of an organization who delivers a certain kind of service to customers. Yesterday, you have received a customer satisfaction survey report from your head office. Reading this, you saw that quite a lot of customers said they were dissatisfied with the rude treatment of John, one of your department's employees. You want to talk with John about this. You remember a previous conversation in which you tried to confront him with something he, in your eyes, had done wrong. John had responded very defensively and it took some time before things were back to normal between you and John. It did not work, so you want to try something else. You decide to try a solution-focused approach, this time. How could you start the conversation? What kind of things could you say and ask?
Author: Coert Visser