"And you have to not care whether you live or die" 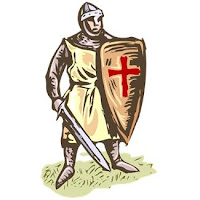 About 15 years ago, I saw the movie First Knight, a film about the King Arthur myth. Several scenes in the movie impressed me and this scene in particular. In the scene, Lancelot has just spectacularly won a sword fight and his opponent, a tall man called Mark, is amazed. The following conversation follows:


I have frequently thought about this scene. I found it hard to explain why but I had the feeling the 'you have to not care whether you live or die' was in some paradoxical way true and relevant for many situations in work and in life in general. I had noticed on several occasions that when I had to perform and had thought on forehand that I honestly did not care whether I would succeed or not the result was surprisingly good.

Now I came across Dan Ariely's book The upside of irrationality and I was pleasantly surprised that, in this book, he describes precisely this movie scene. He offers a nice explanation: It seems that Lancelot fights better than anyone else because he has found a way to bring the stress of the situation to zero. If he doesn't care whether he lives or dies, nothing rides on his performance. He doesn't worry about living past the end of the fight, so nothing clouds his mind and affects his abilities - he is pure concentration and skill.
Author: Coert Visser