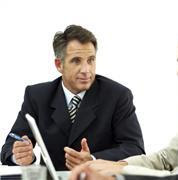 Recently, I was talking to Mark, an employee who just had a conversation with his manager. In this conversation the manager had given him some feedback on his work. Mark told me the feedback started with two positive points which were followed by a list of at least eight negative feedback points. Mark had taken notes and showed me the list of feedback points. He said had found the conversation very demotivating. While the manager was giving the negative feedback he had found it rather hard not to become defensive. He found most of the critique unfair. Despite of this, he told me, he had remained calm and kept from getting defensive. The most demotivating aspect of the conversation, however, had yet to come.

When the manager asked Mark for a response, he thought for a few seconds and decided to be wise and to communicate constructively, instead of getting angry and defensive. So, while thinking these thoughts, he slowly said: "Okay ... I'll ... think about this and ... I'll try to do something about it." The manager looked at him for a few seconds and then replied: "You'll think about it, and try to do something about it? Well, if that is you attitude and if you're being this vague, I just know you won't do it!" Mark told me that when the manager had responded in this way, he decided there and then that he was not going to try anymore, saying: "It is really unbelievable how demotivating this guy is! I was really trying to take the feedback seriously but his way of responding made me so angry that I won't do it afer all."

After hearing this story, I wondered how differently the conversation might have proceeded if the manager had responded appreciatively and curiously, for instance like this: "Alright, good to hear you are going try to do something about this! Do you perhaps already have some ideas about how you might approach this?"
Author: Coert Visser