Question: can hard work be good for you? 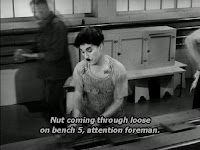 On her SolutionsAcademy blog, solutionist Kirsten Dierolf wrote the post Let them eat cake about the ethos of not-working, the ethics of whatever you want to do it shouldn't feel like work. In it, she writes about her observation that hard work - once an admirable quality- is 'out' and a life of doing what you want is 'in'. She objects to the presumption that it is only natural that people do not want to work and that work is in some way bad for you. She also objects to advice in books like The Four our work week and in a newsletter she read to develop location-free and time-free income, income that does not require your presence and much of your time investment. Kirsten says: "If you just think of the consequences if everyone suddenly turns an independent fortune seeker, the advice no longer seems to lead to an attractive picture of the world."

Over long stretches of time, slowly but surely, for most people around the world the quality of their work has improved, at least to some degree. Centuries ago hard work, in the sense of unskilled physical work in very poor working environments, was the norm. Gradually, through the industrial revolution manual labor has been replaced by more skilled and higher quality working conditions. This process has been given another boost by the advent of information revolution which is still upon us. In this sense, the slow demise of hard work seems to be good thing and we can only hope the process will continue.


But there is another meaning of the term hard work. It can also refer to really making an effort, giving it your best, putting in much time. Hard work in this sense should not have a bad name. Insoo Kim Berg, pioneer of the solution-focused approach was known for her hard work. Yvonne Dolan wrote: "Once, shortly after her seventieth birthday, when I marveled at the fact that she was in better shape than many people half her age, she explained, 'I have to stay in shape so I can keep up with my schedule. And what a schedule it was! It seemed that every time we spoke or exchanged an e-mail over the years, Insoo was either just putting the finishing touches on a journal article or working on yet another book, including two on which we have collaborated. To my knowledge, she never missed a deadline." She had a schedule that would have wearied most mortals, but Insoo's energy and enthusiasm seem never to wane. I used to teas her that rather than having simply joie de vivre, she had joie de travail (joy of work), and she would laugh and say, "That's right, I do!"

Another example of such a remarkable person is Paul McCartney. At age 67, he denied claims that he is set to retire after completing his next world tour: "All I can say is that I'm not retiring. [..] I did talk about retirement in one sentence in one story and only to say "No way, Jose. But someone must have only read part of that one sentence."McCartney added that he currently wants to continue playing live for as long as possible. He said: "As long as people want to come and hear me, I'll probably be doing this. It's just so easy to start rumours." Guitarist in his band Brian Ray wrote on his website: "Paul is as happy as he can be and singing his heart out, doing 2 hr 45 min shows and then hanging together, toasting and laughing as if he had merely had a walk in the park." (Read more on this). Like Insoo Kim Berg, McCartney also claims he loves his work (read my post Sheer love of what I do).

You may wonder what the examples of such exceptional people might say about the rest of us. Mihaly Csikszentmihalyi , the Hungarian born writer of the bestseller Flow has written about the meaning of work. He says that although many people view work primarily negatively, it can actually contribute importantly to your well being, more so that gaining more and more possessions. And because work is so important, it is vital that managers and employees create conditions in which good work can happen. He defines good work as work in which you enjoy doing your best while at the same time contributing to something beyond yourself. He thinks this can be achieved through two processes: 1) doing tasks that demand the full involvement of the person so that there is a good fit between the challenge of the task and the skills of the person, and 2) following a trajectory that results in the development of increasing emotional, cognitive and social complexity. In this article you can find some suggestions for how these principles can be applied.

Back to the question Kirsten asked. Is the bad rep of hard work justified? Is the 'doing what you want as long as it is not work' ethic wise? It seems the answers have to be no and no. Thinking that a life without work would be great seems to be a false illusion. As the examples I mentioned show, there are even indications that working really, really hard can lead to a quite fulfilling and happy life. I think work can be fulfilling for many and that there are often many things you can do to improve your work to make it more fulfilling. I also think that working hard will often be wiser than trying to work as little as possible. But there remain some questions. Is all of this true? Isn't it too idealistic? How broadly applicable is it? Is this line of working-hard-and-loving-it mainly applicable to people who are self-employed (or could everyone become self-employed?) or for the happy few? Of for those in creative jobs? Or is it also relevant if you are working in an organization, in a relatively standardized job, in which you have to work according to a tight schedule, for instance?
Author: Coert Visser