The Obama Effect tested and disconfirmed 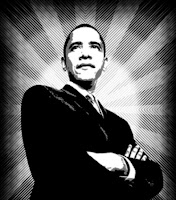 In the post Obama and stereotypes I speculated how the election of Barack Obama might affect stereotypes and vulnerability to stereotypes. Thinking about the amazing studies by Claude Steele and Joshua Aronson and other researchers (see for instance this post: 5 Experiments that make you think) I wondered whether it might enhance things like test performance and academic performance of African Americans. An article in The New York Times (Study Sees an Obama Effect as Lifting Black Test-Takers), describing research by Ray Friedman, David M. Marx and Sei Jin Ko suggested that, ideed, there might be such an Obama effect. But Joshua Aronson commented that the design of the study in question was problematic so that there was no reliable evidence for this presumed Obama effect.


Now, Joshua Aronson and Sheana Jannone have written an article titled The Obama Effect: An Experimental Test. Here is a summary:

"Past research on stereotype threat and role model effects, as well as a recent quasi-experiment (Marx, Ho, &amp; Freidman, this issue) suggested the possibility of an “Obama effect” on African American’s standardized test performance, whereby the salience of Barack Obama’s stereotype defying success could positively impact performance. We tested this reasoning in a randomized experiment with a broad sample of college students from across the country. Specifically, we tested the hypothesis that students prompted to think about Barack Obama prior to taking a difficult standardized verbal test would improve their performance relative to white students, and to African American students in control conditions that were not prompted to think about Obama. Our results did not support this hypothesis. Test scores were unaffected by prompts to think about Obama and no relationship was found between test performance and positive thoughts about Obama, a disconfirmation of both the findings and conclusions of the Marx, Ho, and Freidman study."

Aronson comments: “There is no doubt in my mind that Obama inspires great hope and optimism and indeed will lead some students to take academics more seriously. But to expect the success of one highly visible African American to eliminate the black-white gap as though with a magic wand, is to misunderstand the roots of the black-white gap, which is only in small part due to psychological forces like stereotype threat. As much as I believe in the power of role models, I suspect that the greatest contribution Obama will make to narrowing the achievement gap will be his policies, not his persona.”