I miss the audaciousness of the early years 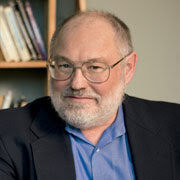 In a recent interview Gale Miller, who was involved as a researcher at the Brief Family Therapy Centre in the time the approach was developed, talks about his mixed feeling about where SF is now. This is something to think about. Here is the quote:

"I have very mixed feelings about what's happened [...]. There is no denying that this approach has become more influential in the world than anyone could have imagined. You think about this little group of less then ten people in Milwaukee formulating something that would be applied in medicine, schools, businesses, and on and on ... it's unthinkable, too big for me to get my head around. So in that sense it has exceeded its potential. But all of this has been achieved at some costs - that's where my mixed feelings are. One of these costs is what I would call a decline in 'openness to whatever works'. Because it has become more crystallized in the teaching and writing people do, questions that get explored are narrower now than they were in 1984 - you could ask anything you wanted then to see if it worked better. But when you develop an identifiable approach, then you have the question about ‘is this SF?' I miss the audaciousness of the early years - it's not that it has become a religion or anything like that, but it has become narrowed."