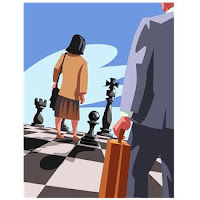 In that post I explained that a too narrow here-and-now focus on doing what works may lead you to neglect the need for maintenance and investment. In other words, be careful not to become too short term focused in your pragmatism. Another example of how your time frame is important for determining whether something works or not is the following. There are cases in which something seems to be working well at first but after some time it turns out it doesn't.

As an example of this I mentioned how trait praise to children ("well done, you're very smart) at first seems to work well (proud smile) but after some time turns out to have negative consequences (avoiding challenges, giving up easily, not believing in the value of effort, ignoring useful negative feedback, feeling threatened by the success of others).

In this post I like to add another example of how confusion about whether something works or not can emerge. It has to do with that we tend to apply self-justification to whatever we have done. For instance, research has shown time and again that letting of steam or venting your anger is usually not very helpful and often even harmful (although many people believe it often actually is very useful).

But when I have chosen to vent my anger and act aggressively I will probably apply self-justification afterwards which means that I will argue that I had every right to do that given the circumstances, that I had no other choice, that anyone would have done that, that the other person asked for it, etc. Also I may rationalize my behavior by explaining that it actually did work, for instance by saying something like: "Granted, at first the situation escalated and was painful for the both of us. But after some time we made peace and not the situation between is workable. So after all my aggression did work."

But this logic is questionable. Our tendency to justify whatever path we have chosen makes it hard for us to make valid judgments about whether our behavior was effective or not. In the example mentioned above, we can't compare this particular outcome with what would have been the outcome of an alternative conduct (for instance remain calm and respectful, try to understand the others point of view, ask questions, show your own good intentions, suggest alternatives, etc). Maybe this would have worked much better.

The same goes for professionals. As professionals we often justify whatever we do and we interpret the facts such that it seems clear that what we did worked. But maybe we missed out on something that would have worked much better. How can we deal wisely with this?
Author: Coert Visser