Sent to the principal! 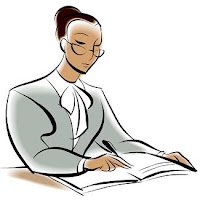 Right before class starts, one of Mary's pupils, Shanna, is still in the hallway. Mary walks into the hallway to fetch her. In the hallway, she notices that another teacher is angry with Shanna. When he sees Mary he says: "Her behavior is very impertinent. This is unacceptable! Will you see to it that she´ll be sent to the principal?" Then, he angrily closed the classroom door behind him. As Mary and Shanna walk back to the classroom she thinks for a second what would be the best way of responding to this situation. Which solution-focused question could she ask?


During class, Mary notices that Shanna works calmly, more calmly than normal. After class Shanna walks up to her and says: "I don't think it is fair that I'm sent to the principal ...... but I will say sorry to that teacher and also to the principal. That is what I thought about. Is that okay?" Mary says: "It sounds good. Why don't you try it? Please let me know how it has helped."
Author: Coert Visser