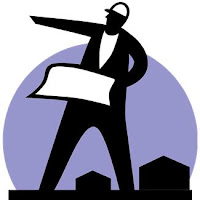 A manager working at a housing association, Robert, who was dissatisfied with a contractor who worked for him, sent this email about how he had dealt with this situation. He had carefully prepared his meeting with the contractor so that he would manage to remain both clear about his expectation and friendly. Apparently he succeeded. Here is his e-mail.

“As a manager of the department Daily Maintenance, I have to deal with several contractors who do repair work for us. One of these contractors, a plumbing company, frequently did not deliver their work according to the agreements. Several conversations with the supervisor and with the director of that company had failed to lead to improvement. Sometimes, things were better for a week, but then they fell back into their old bad habits. After multiple failures to work according to agreement I invited the director (John) of the plumbing company for a meeting. Before the meeting I had thought well about what my goal should be. In the past, I tended to get emotional in these kinds of situations. Now, I was determined to remain cool and focused on my goal. John arrived on time for our meeting and I gave him a tour through our entrance hall which had just been rebuilt. After that, I quickly got down to business. I started off as follows: “John, I want very much to keep on working with your company. To make our collaboration successful it will be necessary for you to stick to your agreements with our tenants. How can you take care that in the future you will stick to the agreements?" He said that he would really like to continue to work for us and that he would specifically tell his employees what our expectations are and how important it is for us that they be met. He would discuss this right away with his employees and he was determined to no longer tolerate any excuses from his him. He assured me that it would not happen again and we agreed that there would be no more complaints from tenants at all this year about not sticking to agreements. We shook hands and ended the conversation. After the conversation, I felt good about it because I had never before been able to get these kinds of promises from him. Often, in the past, he would have beaten about the bush and would cleverly have used my emotions against me. Two weeks after our meeting John had had a conversation with my director and he passed along compliments to about with how I had done the conversation. He told her the meeting had been brief, clear and to the point and that he really appreciated this. Until now we have not had any complaints of tenants anymore!”
Author: Coert Visser