Case: how would you like to do to work on Monday? 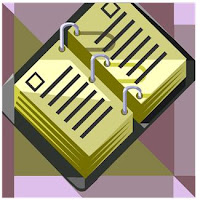 A few weeks ago, I worked for two days with four Human Resource Consultants in London, who hadn’t exchanged more than a few bitchy words over the last couple of years. The first day I spoke with each of the Human Resource Advisors individually. The purpose of these meetings was to acknowledge the problems and to create a platform for a useful meeting with all four of them the next day.

Individual meetings: focus on what’s useful and creating a platform for change
The first Human Resource Advisor I spoke with told me that two of her HR-colleagues were aggressive and had shown intimidating behaviour for many years, which had literally made her sick. Every day she went to work fearing the day, and being afraid of what her colleagues would do to her that day to make her life a misery. In the nine months that she had been on sick leave, she had put in a complaint and there had been an investigation. The investigation concluded there was no proof for bullying, and recommended a meeting with a solution focused facilitator to improve the work relationships. In the next meeting the second HR-advisor also stressed an image of two intimidating and aggressive colleagues. In the two first meetings the two other colleagues were being referred to as Devilish. The second HR advisor feared being in the same room with all her colleagues and didn’t know if she would have the courage to show up.


In the mean time I had become more and more curious as to how the two remaining HR advisors would present themselves. In turned out that they had their own problems and pain. They both started the meeting with me very defensive. They had been labelled “bullies” so many times lately, that they were expecting yet another judge to convict them. As soon as they felt this judgement was not being made, and instead they were treated with friendliness and acknowledgement for their perspective and problems, they started to relax. This made it possible for them to
The solution focused interventions in those individual meetings were:
That first day it became clear to me that all four of them were going to work these days feeling depressed and fearful as to what the day might hold. All four of them also had little hope for things to improve, and were not looking forward to the following day. They predicted that there would be dead silence all the time, and no one would feel free to speak.
Team meeting: acknowledging problems and describing the desired future for all four
The following morning, only three of the four HR advisors were present. The fourth was stuck in a traffic jam. We agreed to wait until she arrived. And then there was silence….dead silence. One could cut the air with a knife. Every now and then a little bit of communication was going on, via me. Once we were complete, I started with a brief solution focused feedback:
During this brief feedback all four were nodding and mumbled it was correct. The feedback resulted in a yes-set. Also, all four received information about the goals of the other three, without violating the confidentiality of personal information. Because of this yes-set all four answered the first question: what would you like to ask your colleague or say to your colleague now that we are here together?
The first hour was used to acknowledge the problems of all four. Questions were being asked and sometimes people started getting hot and bothered. The solution focused interventions were aimed at helping people to understand each other and asking and summarising in such a way that the communication was as positive as possible and helpful to building solutions. In the course of the first hour the “bullies” apologized, and even though this was just a plaster on a wound, it was still an important acknowledgement of the pain which was very helpful.
I asked them whether enough had been asked and said to be able to look at the future. And people said that that was the case. I announced that after a short break I would to ask them the following question: “how would you like to come to work on Monday? What would be better then?”
This is a “future projection”-question and is a short version of the miracle question (Insoo Kim Berg, Steve de Shazer).
After the break it became clear that they had already thought about their answers during the break. They started sharing their image of a good work day on Monday. It turned out they were very able to build this image together. Vague words like trust and respect were being made tangible by asking questions like:” how would you notice you could trust each other? How would you notice you were being treated with respect?” A clear picture of tangible, positive goals developed, and these were goals they all wanted to achieve. A side effect of this future projection questions was that existing confusion about each other's opinions and goals was being clarified. It struck them that they agreed on much more than they had thought possible. The negative jigsaw they had created about each other, turned out to be a bit more positive. They came to the conclusion that they had created a very negative image of each other, mainly because they hadn’t said much to each other for a long time and had heard bad stories of one another. They agreed that instead of this, they wanted to ask each other more and stop negative gossips about each other. In the midst of this half hour, one of the advisors said:” I didn’t know we all wanted this and all think about this the same way…I had never thought we could have this sort of conversation together….”
There were smiles, laughs, people looked at each other, were enthusiastic and let each other speak. They agreed how to give each other information, how to share work together, how to come to each other's rooms feeling at ease. They started agreeing on next steps.
Then lunch came and during lunch they started talking about the changes in the organisation and what they wanted to ask the management about these changes. It was a lively conversation. After lunch everyone went back to the office.
In a couple of weeks' time there will be a follow up session. I will start with asking “what went well lately”. Case to be continued…
Author: Coert Visser