How good does it get? (2) - Problem induction 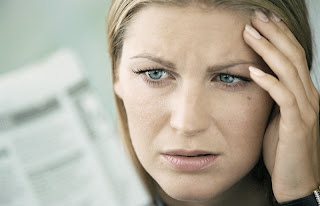 In the previous post I argued that it is important to have valid expectations life. Some authors have claimed that popular psychology has planted some wrong expectations into peoples minds. Canadian psychologist Tana Dineen has written a book called Manufacturing Victims:What the Psychology Industry is Doing to People. In this book she accuses mainstream psychology of creating a generation of victims by encouraging people to dwell on their "inner stresses'. Dineen claims psychologists do this on purpose to make people need therapy and thus enlarge their market. I personally don't believe at all that the majority of psychologists deliberately would do such a wicked thing. But I think to some extent they may do such an ineffective thing while having the best intentions in mind. I do believe that often psychologists and coaches encourage people to analyse and focus on their inner stresses, insecurities and so forth. I call this the defect focus and I think Dineen is right that this often does more harm than good. It is a case of what is sometimes called "problem induction". You did not worry much until someone gave you the idea that your situation actually IS worrisome.

Another psychologist, Robyn Dawes, in his book House of Cards, has a more or less related criticism. He criticizes the so-called self-esteem movement. He says that many pofessional psychologists have promoted a simplistic philosophy of life. This philosophy maintains that the purpose of life is to maximize one's mental health, which is dependent wholly on self-esteem. The self-esteem movement argues that in order to function well you have to feel good about yourself first. Dawes debugs this claim. He explains that planting this idea into peoples minds will often do more harm than good. It may be wiser to focus on functioning well and doing good first because this will increase the probability of you feeling you deserve to feel good about yourself (this is one of the basic ideas in Martin Seligman's wildly popular book Authentic Happiness).

My take on this is that it is inescapable that you will not always feel good about yourself and your circumstances. It is inherent to life that this will be the case frequently. I think it is normal and not necessarily a sign that something is fundamentally wrong. Inner conflicts and inner stresses are normal, I think, and they will keep on happening as long a you live. I like a quote by the great American philosopher William James illustrating the inescapability on inner stresses and even their functionality:

Nature implants contrary impulses to act on many classes of things, and leaves it to slight alterations in the conditions of the individual case to decide which impulse shall carry the day. Thus, the greediness and suspicion, curiosity and timidity, coyness and desire, bashfulness and vanity, sociability and pugnacity, seem to shoot over into each other as quickly, and to remain in as unstable equilibrium, in the higher birds and mammals as in man...